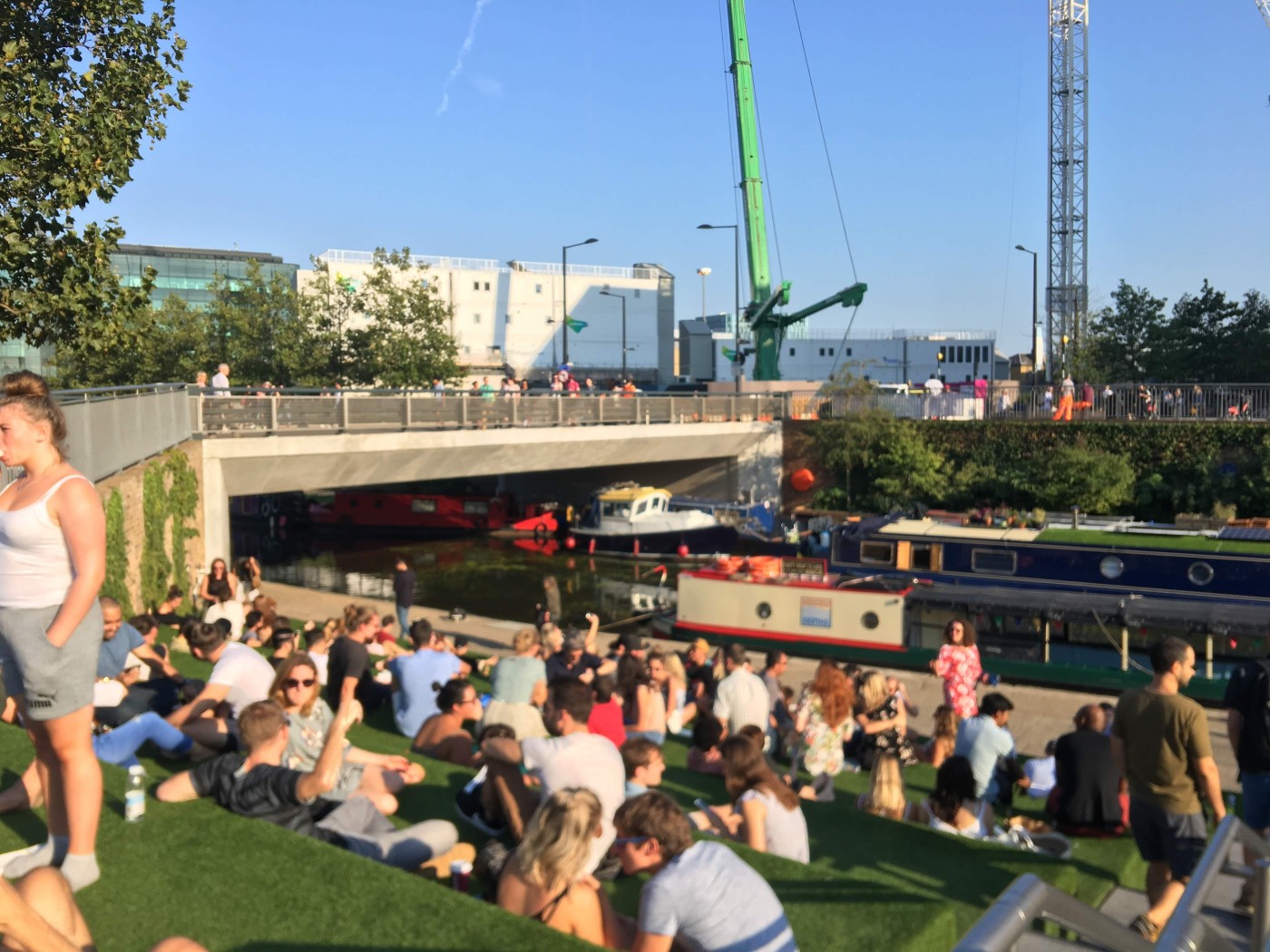 September 2018 brought my 1 year anniversary living and working in London. It’s been amazing, challenging, exhausting but mostly it’s been rewarding. I love my job and the people I work with. Living here has afforded me the opportunity to travel to places I never would have considered otherwise (eg Estonia, Poland).

I spent much of the month adjusting to my new neighbourhood and settling into the new flat. We live next to a bunch of trains coming out of King’s Cross and St. Pancras. While this was noisy at first, I really love it! I love watching them and hearing them. The Flying Scotsman (Steam Train!) even came out of there one morning.

This past September was my flatmate’s birthday which we celebrated by drinking along the canal in Granary Square.